It has been a crazy last few weeks. Gracie, the Shih Tzu will soon no longer be a shih tzu puppy but a dog. That’s right – her birthday is this Sunday, May 8. She will be one years old.
Here’s Gracie in her new little outfit. She’s my cheerleader. Isn’t she cute? 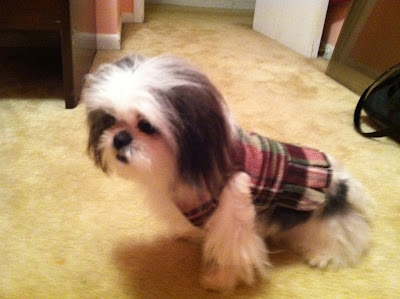 Unless you have lived underneath a rock, you probably heard about the tornadoes that ravished the Southern states – Mississippi and Alabama getting the brunt of it.
Daddy’s house is in northern Alabama, and we were without power for roughly five days. No damage, minus a tomato plant that was uprooted. But my little Gracie was one scared Shih Tzu puppy. All that thunder, and not knowing where her Mama was scared her.
I didn’t leave work in time, so I actually drove through the area where the tornado had hit. (Not realizing it.) At one point when driving, I looked up at the sky and thought, “Geez… How can people tell the difference between funnel clouds and storm clouds?” The clouds did look like big, fat funnel clouds in the distance. Which now I am pretty sure it was a tornado!
The rain was pelting my car like crazy, and every single road I drove through had overturned trees. So I had to turn around. Another road was flooded. After awhile, I got annoyed and started driving through flooded roads. Most of them were shallow…. Then, I hit ONE hugely flooded road, and at one point, I looked down and the water was almost up to my car handle… VERY scary. It took me almost three hours to get home.
Gracie was SO excited to see her Mama. And after that, she did not want to leave Mama’s side. We were without electricity, but Gracie cuddled up to Mama and gave me lots of love.
(I apologize for my horrid appearance in the below photo. There was no electricity and we were both exhausted.) 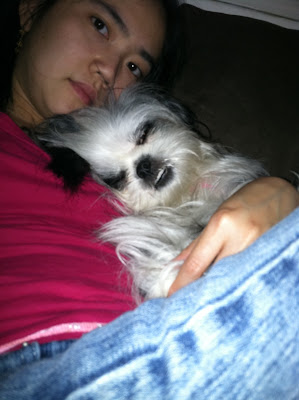 The next day, it was time for Mama, Daddy, and Gracie to go on a trip. We ended up going to Chattanooga to see Lookout Mountain. I will post those photos soon.
My little Shih Tzu puppy had become so upset that she had to be constantly held. We were out of our element, and she didn’t know what was happening. Where we were going. But she knew Mama was there, so I basically carried her in a baby sling for the next few days. Wherever we went, she was carried. 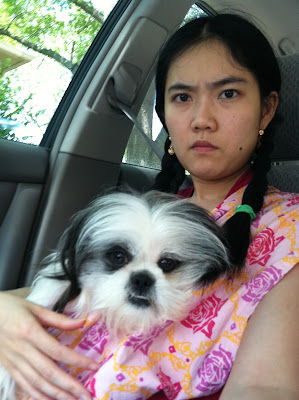 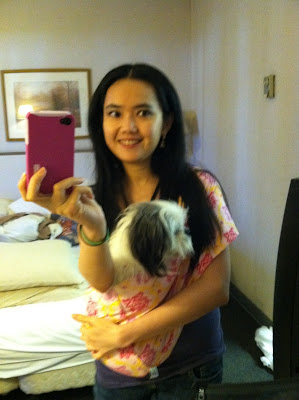 And when I left the car, she was very worried…. 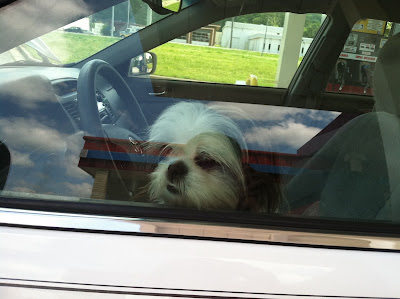 But the electricity finally came back on, and all was good in the end. Gracie, the Shih Tzu puppy is back to being happy. And Not anxious. She can’t wait for her birthday. 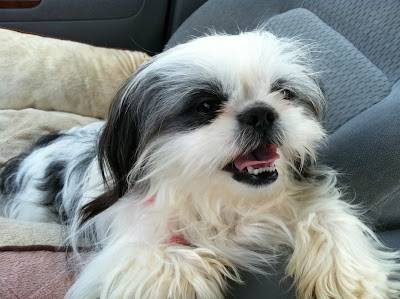